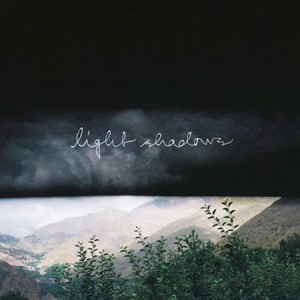 One year after the release of full-length album ‘Balance’ (‘Awash with Eno-esque ambience, and recorded late at night to cassette…an unusually intimate collection’ 8/10 – UNCUT Magazine), Will Samson returns with new EP, Light Shadows.

Since the release of ‘Balance’ in October last year, Will has travelled across the UK and Europe, touring and sharing stages with Kurt Vile, Ólafur Arnalds, Valgeir Sigurðsson, Marissa Nadler, Shearwater, Pinback & more – as well as his own headline shows.

However, it was personal experiences of a very different nature that shaped these new songs.
During the summer months between completing and releasing this most recent album, Will unexpectedly found himself facing an extremely close & profound experience of death.
Following the aftermath of such a loss, he briefly retreated to India, seeking some time & space to gently reflect on the recent events. Travelling alone from the Southern tip, all the way up to the giant mountains in the North, this is where the first sketches of songs slowly began to form.

Fast forward to the summer of 2013, Will travelled to Berlin to begin recording these new songs with close friend, Florian Frenzel (who also helped to produce ‘Balance’). Using a small selection of tape machines and home-made outboard gear, the two crafted away on the scrapbook of ideas until they emerged with a miniature collection of new music. The end result is ‘Light Shadows’.

Cover photograph taken by Will Samson in The Atlas Mountains, Morocco.

“a talent that deserves to be heard” – Fluid Radio (UK)
“…songs so heartfelt, you dare not speak over them” – Clash Magazine (UK)