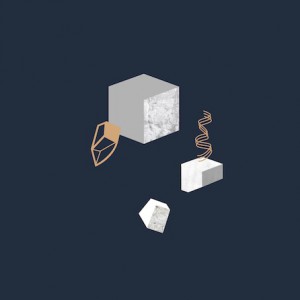 Animal Hands is the collaborative venture of two close friends, Will Samson & Heimer.

Since the duo had worked closely together as mutual producers on Samson’s solo releases, Balance (2012) & Light Shadows (2014), it was natural that a joint musical project would eventually materialise. However, in comparison with these two preceding records, this new body of truly collaborative work takes a different direction into more electronic inspired sounds.

The project first appeared in the form of ‘Beacon Island’ – a track which arose suddenly & organically during a weekend of email exchanges between Oxfordshire (England) and Berlin (Germany), back in Autumn 2013.

Excited and surprised by the spontaneity of the song’s fruition, the pair played with the notion of expanding the project into a full record and continued to casually exchange sketches and ideas – such as guitar loops, vocal melodies and field recordings.

Meanwhile, their début track made its way to the ears of Will Saul (who Samson had met after producing It Grows Again with Tom Demac – an EP released on Saul’s label, Aus Music), which lead to it being featured on his DJ-Kicks album for !K7 (June 2014).

It was after a string of tours (including shows with Marissa Nadler, Kurt Vile, Hauschka, Do Make Say Think, Ólafur Arnalds + more), that Will Samson temporarily relocated to Heimer’s native city of Berlin, enabling them to ditch the tedious file sharing method of work for the immediacy of true communion in the studio.

It was here where they began meticulously compiling and experimenting with new ideas that, over the course of year, eventually grew into this 9-track album.

Each piece of music took on many different shapes, twists and turns during this time, including the previously unplanned addition of live drums. Many early sketches that had been abandoned were reinvestigated – then sampled, processed and/or reworked, interlacing their way back into the threads of the record. The resulting album is one that strikes a dynamic balance between the immediate & the intricate.