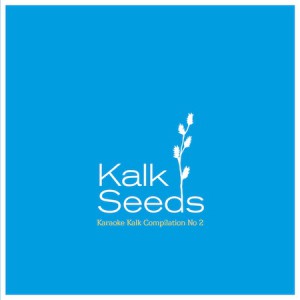 Karaoke Kalk has become a synonyme for electronic experiments and exceptional music from Cologne. It’s with this second compilation at the latest that you realise the intriguing and spectacular mixture of artists and detail-oriented producers the label has brought forth. “Kalk Seeds 2” presents the listener with small and mighty (re-)discoveries  by well-known performers such as Donna Regina or Wechsel Garland, artists that have accompanied the originally Cologne label right from its beginnings. A nice alternative to electro’s or rock’s trivial showing-off. Each and every track convinces by individual compositions, skewed beats, cheerful sound-systems and brain-fusing text passages. The two Leichtmetall girls Marion Dimbath and Nicola Schüpferling lead us – slightly apathetic but happy – the way to true “Paradies”. There’s something maniac about the two natives of Munich not only visually…but in a good way. Despite their fling with the surreal they know all about life and harmonise on a sisterly level, musically as well as vocal-wise. With folksy trombones and glockenspiel they beam themselves right into the hearts of the listeners. Wistfully they sing of forbidden apples, flowers and birds.

Karaoke Kalk, that in the meantime has moved his headquarters to Berlin, stands for sound washings out of the common and artists who never sound superficial or pretentious. Sensual melodica-sounds from Japan’s Takeo Toyama. Full of charming accents Maluco’s languorous “Kokain”, a song originally by rock musician Boris Bukowski. The voice of the South American singer and producer Argenis Brito lends a charts-style extremeness to the cover version that makes it sound very happy and definitely worth a heavy rotation in the radio. Also aspiring the top of the pops is electronic’s favourite pop-indie Roman who’s always defied classification anyway. On “Kalk Seeds 2” he presents himself unusually loud and almost partygenic. His “Gridwalk” could become a real enrichment of 2008’s dancefloor and eventually his very own nische.

Whereas Jörg Follert aka Wechsel Garland continues to take care of the tender moments in life. Again and again he succeeds in radiating a well sense of being even when times are at their bitterest. Already in 1998 Jörg blessed not only Karaoke Kalk but many plagued souls with his album “Wunder”. “Wunder” became Wechsel Garland under the name of which another two records were released on the same label: “Liberation Von History” (2002) and “Easy” (February 2006). On this collection seduction comes under the name of “Tiny Stars”, warm piano sounds and bell chimes that go by all too fast. The biggest surprise on “Kalk Seeds 2” are Dakota Suite whose album “The End Of Trying” will be released on Karaoke Kalk in autumn this year. “Underpowered” is a title to be taken literally, an excursion to a broken heart. The Leeds-based indie band has a reputation for melancholic sounds. The guitar, usually wailing in the foreground, presents itself melodic here together with a piano and chary beats of the brushes. And then it’s finishing time: Le Rok’s “Feierabend” features inconsistent beats but solid harmony. Just perfect to put your feet up and have another round of “Kalk Seeds 2” – a felicitous compilation just in time to help you through the silly season!