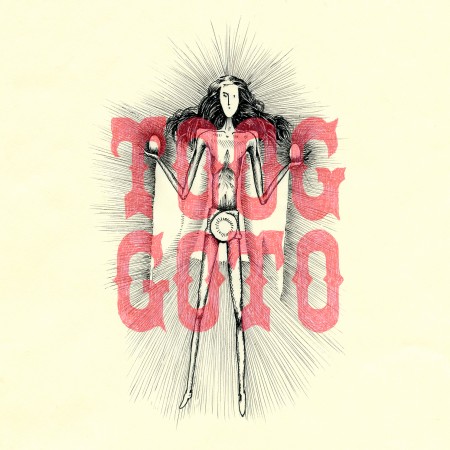 «”Goto”, is a record that I have lived with for a long time; some of the tunes stayed on the workbench for about 10 years! I asked Fashion Flesh to help me on some tracks such as “What did you say”, “Où va la vie”, “Are Visages electric”, because I love his work and collaborations with Matmos, Cornelius & Momus. I asked David Fenech to sing the “Goto” song. He’s a good friend and a prominent figure of the French improvised music scene. My wife Florence Manlik, who designed the cover, can be heard on some songs. “Goto” is narrative, meditative. It’s a travel with an electronic donkey, where the fern tree line at the top of the mountains is nothing but a miniature. Slow is how my heart beats: 56 bpm…» (Toog)

French-born (from Mulhouse) artist Toog is a musician, a poet, a blogger and a director. He started his musical career in 1999 when he met the widely venerated scottish singer/songwriter Momus. They went on an extensive tour together, playing almost 150 shows. 2004 Toog released his album “Lou Étendue” on Karaoke Kalk together with italian actress and director Asia Argento. 2008 he shot his first movie, “Prélude au sommein”, a wonderful documentary about one of the pioneers of electronic music: Jean-Jaques Perrey. The film was shown on various festivals such as “Filmer La Musique” (Paris, June 2009).

«”Goto” kind of comes off like a soundtrack for a psychedelic exploitation movie, which is probably fitting for an album that was exploitative in and on itself.”» (Asia Argento)