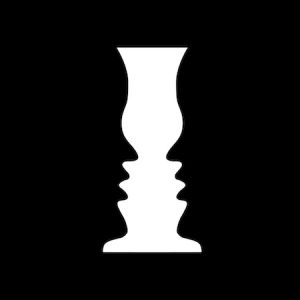 Product Notes:
* LP Comes In A Die-Cut Cover
** Printed 300g Cardboard LP Inner Sleeve
*** LP Includes A Free Download Voucher Of The Album
**** All Orders Include An Instant Download Of The Album
***** Promo CD Will Be Sent With The Vinyl Order
****** Artwork By Jad Fair

Scottish composer and multi-instrumentalist Bill Wells returns with The Sensory Illusions, the eponymous debut album from his duo with virtuoso tuba player Danielle Price. Featuring Wells on electric guitar, the album has all the warmth, melancholy and playfulness of his finest work, with timeless melodies that touch on jazz, pop, bossa nova, soundtracks, and folk.

‘I’ve always liked the tuba,’ says Wells, ‘maybe it’s because it’s more like a voice. Also I think its potential is still rather underused.’ Wells has used the instrument in several of his projects. Bassist Lindsay Cooper doubled up on tuba in his Octet, while 2011’s Lemondale features the renowned Japanese tuba player Sekijima Takero.

In 2014, Wells was looking for tuba player to play on his second album with Aidan Moffat, The Most Important Place In The World. Price came recommended and subsequently joined their touring band. ‘A couple of weeks later I discovered that she and I were neighbours!’ Wells adds. As a result, they would occasionally get together to practice standards. The Sensory Illusions emerged after Wells secured a Glasgow support slot with Anna Meredith in April 2016. ‘We had six weeks to get a set together so I used a batch of mainly recent tunes and it seemed to work well.’ Wells notes that these tunes came to him in dreams, as did the band name. ‘I dreamt I was in a record shop browsing through albums and I came across one by ‘The Sensory Illusions’. I woke up thinking that the next band I form will have that name.’

And so it came to pass. ‘In some ways it’s a continuation of the more jazz – based line – ups such as the trio and the octet,’ says Wells, ‘but for me the focus is as much on the guitar playing as the writing. I’m interested in playing over standard type (chord) sequences but hopefully not sounding too much like a “jazz guitarist”, which is a bit of a challenge.’

While Wells is modest about his own guitar skills, he has nothing but praise for his musical partner. ‘Danielle is one of the best musicians I’ve ever worked with. She’s extremely versatile, from playing in trad jazz bands or with the BBC Scottish Symphony Orchestra, to playing with the likes of Ashley Paul, Mats Gustaffson and Ntshuks Bonga. She functions as both bass player and drummer in the Sensory Illusions, combing percussive sounds with melodic patterns/riffs.’

That rhythmic quality can be heard on tracks such as ‘Tango’, which she underpins with strutting riff, and ‘Theme From Flint’, where she transforms Jerry Goldsmith’s lounge-jazz groove into a cantering brass figure. Yet the tuba is also the vehicle for some of Wells’ loveliest melodies, from the wistful ‘Brass Alley Dream’ to closing track ‘An August Ballad’, which is suggestive of what might have happened had Brill Building’s finest written for a Silver Band. As Wells puts it, ‘It’s an unlikely combination, but it works.’

1. Bagpipe Dream 2. Tango Dream 3. In The Middle Of The Night 4. The Last Guitar Lesson 5. Our Man Flint 6. Brass Alley Dream (for Daniel Padden) 7. Hurricane Andrew Peters Out 8. An August Ballad