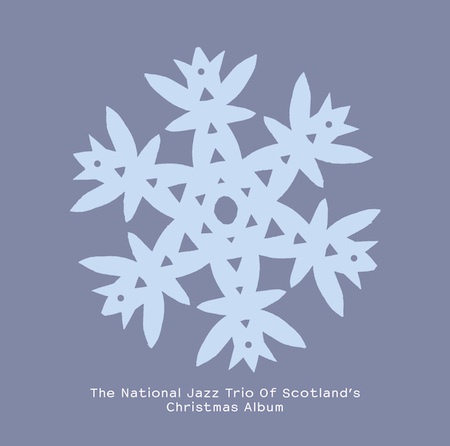 **Plus A Free Download Voucher For The CD Album

***All orders include an instant download of the album


Not available - out of stock

It is a Christmas album that’s unlike almost any other Christmas albums, and very possibly jazz for people with an especially subtle and sophisticated concept of what jazz might be.

Karaoke Kalk are proud to present:

the National Jazz Trio of Scotland’s Christmas Album
featuring members of Francois & the Atlas Mountains, Golden Grrls, The One Ensemble.

It’s a debut that isn’t really a debut, by a Trio that isn’t a trio; a Christmas album that’s unlike almost any other Christmas albums, and very possibly jazz for people with an especially subtle and sophisticated concept of what jazz might be.

Yes – the songs all look familiar, but it’s unlikely you’ve ever heard such a spooked version of God Rest Ye Merry Gentlemen, or The Christmas Song (“Chestnuts roasting on an open fire…”) sounding so exquisitely bittersweet. Melodies are taken apart and rebuilt with the daring of Anita O’Day or Sheila Jordan, and delicate, looping, sampled arrangements throw frosty new light on lyrics we’ve always taken for granted – or perhaps never properly heard. When asked about the Christmas records he likes, Bill says “there are one or two, but they aren’t relevant – I made this mainly because there are so many that I don’t!” When you think of the National Jazz Trio of Scotland, think Moondog plays Bacharach and you’re pretty much there. Oh – there is a Christmas album Bill loves, by the way – Carla Bley’s beautiful bruised blue Carla’s Christmas Carols.

Bill Wells and Aidan Moffat recently won the inaugural Scottish Album of the Year Award for their collaborative album Everything’s Getting Older, released on Chemikal Underground last year. You can hear pre-echoes of this particularly blue Christmas in Bill and Aidan’s brilliantly mournful cover of Bananarama’s Cruel Summer (2011) and this year’s The Powers and the Glory of Love single – a not-for-the-faint-hearted medley of Frankie Goes To Hollywood’s The Power of Love, Jennifer Rush’s hitherto unrelated song of the same name and – just for added spice – Pete Cetera’s The Glory of Love.

The National Jazz Trio of Scotland is just one of many things Bill does when not making music with Aidan. Their actual debut was a track recorded with Chris ‘Beans’ Geddes from Belle and Sebastian on vibes, Frozen Vaults, (you can find it on Boomkat), released as (drum roll) the National Jazz Trio of Scotland with Beans. There’s also an undistributed CDR – Standards Vol 1 -from a little while back – but it was early days, and Bill says now they were just learning to play together, and “it wasn’t totally a serious thing – the character of the band hadn’t really emerged at that point.”

The seed of this Christmas record was sown back in 2010, when Alasdair Campbell asked Bill to curate a Black Xmas gig at the Tolbooth in Stirling – most of these arrangements were written for that event. The samples are of Bill playing guitar or bass, and Aby playing viola – they were recorded by Bill’s longtime friend and collaborator Norman Blake (Teenage Fanclub) “ a while back.” The beautiful artwork is by another old friend, Jad Fair – who also did the sleeves for Lemondale and Standards Vol 1.

Here’s Bill on the band:
Lorna Gilfedder – “I think it’s interesting that her other musical activities have been in more straightforwardly ‘indie’ bands – as drummer in Park Attack, guitarist in Golden Grrrls – but that neither of these showcase what a great all round singer she is. I truly think that she’s capable of singing jazz standards as well as anyone I’ve heard.”

Aby Vulliamy – “Aby also plays in The One Ensemble and used to play in Nalle, of course she was a big part of the sound of Everything’s Getting Older as well. I just think she’s one of the best musicians I ever worked with, she has that rare pairing of technique and emotion. She just has a very honest quality about anything she plays or sings and I think that comes across.”

Kate Sugden: “I first saw Kate play (drums) in a band called Johnny and the Entries, I mean who could resist? Again a very amazing voice, simultaneously conversational and musical.”

Gerard Black – ex-Findo Gask, currently in Francois & the Atlas Mountains, also has his own band Babe. “Gerard is obviously very theatrical compared to the others but it really works for me as contrast and also in harmony with the others (thought to be honest you don’t hear that on the record).”

In the last few years, as well as the award-winning Everything’s Getting Older, Bill’s made records in collaboration with Maher Shalal Hash Baz, Tape, Stefan Schneider (To Rococo Rot), and Stefan, Barbara Morgenstern and Annie Whitehead – quite a few of which have been released by Karaoke Kalk. Last year, Double Six released Lemondale – a labour of love (although all of Bill’s records are labours of love) which featured some of Bill’s favourite Japanese musicians – including Tenniscoats, the extraordinary singer Kazumi Nikaido and Tetsuya Umeda – who plays the electric fan.