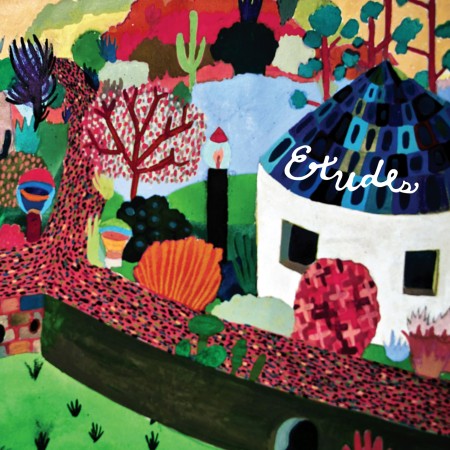 Classical music and Jazz meet buzzing Electronica. Takeo Toyama was born in Osaka, Japan, in 1965. His classical influence is owed to his mother who would listen to Beethoven and Chopin at any given opportunity. Coming from a Rock/ Pop background rather (Takeo was singing and playing in various punk-, soul- and rockbands) the learned pianist soon discovered the world of pure instrumental sounds. His first remixes were for the well-known japanese producer and label boss Nobukazo Takemura. 1998 saw the release of Toyama’s first solo album „Ground Piano“ (Current Label), for which he recorderd almost all the instruments himself.

Discordant harmonies and fast changing beats are the trademark of Takeo’s sound variations. Right now what he’s becoming more and more known for throughout Europe are his digital compositions for analogue instruments. Electronic transformation and fancy feats were the characteristics of Toyama’s first release, “Hello 88”, on Karaoke Kalk (2003). The album had already been released on Japan Overseas (a label which unfortunately doesn’t exist anymore) in 2001. An extra track, “Lithium”, was added to the Karaoke Kalk re-release. The album received overwhelmingly good feedback both in Japan and Europe. The highlight of the album are the vocal parts that remind very much on the Beach Boys and prove Takeo’s great affinity for pop music. After recording five full-length albums he has now started to arrange tracks for various artists, TV shows and animations. He is also in great demand as a composer for modern dance choreographies.

The licensed “Hello 88” was followed by several other releases on Karaoke Kalk, e.g. “Der Meteor”, an exclusive track for the first Kalk Seeds compilation (2005) and “Bobbin” on Kalk Seeds 2 (2008), a track that can be heard on his most recent longplayer “Etudes”, too. 2005 Takeo went on tour together with several other Karaoke Kalk artists, playing 16 shows in 8 different countries. Furthermore he contributed in the Remix album “Versions of The Prepared Piano” (2007) which collects various interpretations of tracks from the album “The Prepared Piano” by Hauschka. Toyama chose the track “Kein Wort” and transformed it into his own version “Kotoba Naku”.

Takeo Toyama’s songs sound very cheerful as if they were made for some sort of amusing sunday afternoon cartoon. But despite their gay whistles the compositions drift into saturnine realms too sometimes, awaking the evil monster in a classic silent movie. His new release, “Etudes”, presents itself very dynamic and with an extraordinary spectrum of sounds: piano, melodica, strings, accordion. This album too has been previously released on Japan Overseas (2003). Taeo has always used a great number of instruments for his little willful orchestra. The catchy melodies are flattering the ears but for short, before explosive and melancholic thunderstorms pierce the mind. Recurring structures don’t materialize. Takeo tells us his little stories in a kind of blue and very authentic manner, browsing all the different worlds of international sound-design.