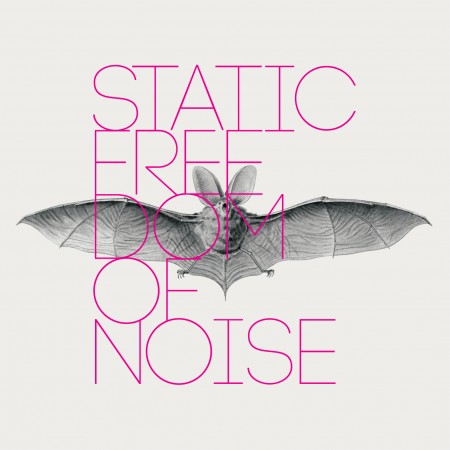 Static is Berlin based musician and producer Hanno Leichtman. Besides his work as a member of the trio Groupshow along with Jan Jelinek and Andrew Pekler, and Denseland with David Moss and Hannes Strobl, Static is his main solo project. Following the release of the last album re:talking about memories on City Centre Offices in 2006 Leichtmann wanted the follow-up Static album to be something entirely different. The question was how to go about this?

While searching for an answer Leichtmann kept busy with his many other projects. He released an ambient album, Nuit Du Plomb, also on Karaoke Kalk, another album under the Forest Jackson moniker on the Austrian label Mosz Records and toured the world with Groupshow and as part of the Pole live band, all the time working on new Static material but never quite satisfied. Then, during a festival for improvised music in Berlin, he struck upon the idea of working with free improvising musicians, but to deploy them in a pop context. Leichtmann was already well acquainted with many of the musicians he wanted to record with from his days in the scene so it was easy to get the ball rolling. The main collaborators for the production of Freedom of Noise were harpist Clare Cooper, the trumpet player Axel Dörner and the saxophonist Tobias Delius. In this way Leichtmann was able to perfectly combine Static’s loop based methodology with the additional expressive possibilities of having all those great musicians involved. So Static was able to move freely between arrangements and improvised passages.

In addition to the three principle collaborators named above Leichtmann also brought the following players on board to enrich the compositions: Nicholas Bussmann on cello, Zoe Irvine on electronics, Magda Mayas on organ, David Moss on voice, Andrea Neumann on inside piano, Gert-Jan Prins on analogue devices, Maura Rougieux on background vocals, Clayton Thomas on double bass, Kassian Troyer on table guitar and Sabine Vogel on flutes. All these musicians help to bring the vibrancy of a full live band to the album to make for a richly detailed tapestry of sound. On top of all these talented instrumentalists Leichtmann invited the vocalists Falko Teichmann from Berlin and Yanira Castro from Madrid to sing on a number of tunes, adding to the pop element of the album. The result of Static recruiting such a diverse host of other musicians is striking. And true to the album title the recordings exude a great sense of freedom, as if the tracks were by no means forced, sounding instead as though they have have been allowed to fall into place entirely naturally and to develop into the most comfortable structure quite organically. Musically the record is extremely multifaceted ranging from moments of eclectic pop, to experimental periods of neo-folk ambient and cut-up electronica. No doubt Leichtmann has succeeded in his goal of creating a new direction for Static. Freedom of Noise is a refreshing and adventurous musical journey.