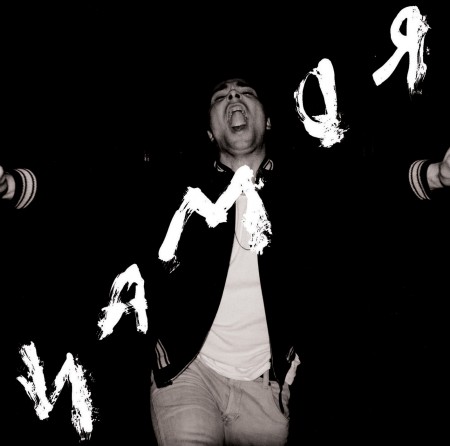 “It will loop on in your head forever”—Roman’s third album can only be described as pop: rhythmic, melodic, intelligent and straight from the heart. That’s not to say that the Cologne-based singer-songwriter, producer and filmmaker has lost any of his desire to experiment. Indeed, there has always been an avant-garde element in pop music, in transforming and condensing something intimate into a 3-minute nugget, both accessible and popular. It’s this contrast that makes Roman’s music seductive: his songs tell intimate stories and the multi-facetted compositions make this personal element audible. As always, he wrote and composed the whole thing himself, but was joined at the production stage this time round by Henning Schmitz and Bertil Mark. The former has already written musical history as a member of the band Kraftwerk. The latter is a drummer and producer for artists such as Von Spar, The Notwist and Die Fantastischen Vier. The recording process has also become more extravagant, Roman turning his back on bedroom production in favour of a full band set-up. It’s precisely the dynamic spirit and playfulness of the band that injects his new album with an organic energy.

The screaming, howling and whispering, the poetic anecdotes about everyday city life and night time walks along the harbour, fleeting neon moments in the darkness and euphoric club scenarios don’t just fuel the lyrics but drive on the songs themselves. This is reflected, for example, in the song R.I.P. Music, a real rave anthem. Roman doesn’t disguise his voice throughout. He turns away from technique in favour of pure verbal expression and makes innocent dilettantism into a discipline. Musically, he wanders freely through various genres with eyes wide open: smooth ballads, banging beats, relaxing folk, D.I.Y. techno and clap-along hip-hop. It’s a stylistic carousel that never stands still, constantly translating the keys of Roman’s heart into rhythms, harmonies and melodies. The sound is more lavish than before, with synthesizers, laptop, a string quartet and guitar, only occasionally reverting to a reduced lo-fi structure. Nevertheless, each song seems like the expression of a gut feeling, like a spontaneous snapshot of a deep emotional stirring. Music derived from situations, for situations. All the recordings have been put back through a sequencer, edited and added to on a laptop, giving the whole thing extra rawness. It’s a working method that unites Roman’s nerdy bedroom-production past with band collaboration and catapults this homemade aesthetic into a new, punchier context. A solo album without solos, a carnival of pop without costumes. Music between light and darkness, music that fails obvious description, as none of the 10 songs fit to any clichéd category.

If you want an insight into Roman’s world, then just visit his website. Here you’ll find a series of semi-fictional short films that document the creation of his dense emotional pop music and simultaneously present the characters of the songs in visual stories, completely outside the bounds of the industry-standard MTV aesthetic. Roman can be seen enjoying free time with friend Tom Ashforth, who also sings on two of the songs on the album. In the first episode, for the song Goodbye Bunny, he recites spoken verse, which combines with string arrangements, pressing hip-hop grooves and Roman’s melodic vocals to give the tune a kind of casual soulfulness. Incidentally, this soulful element is evident in every song of this dramatic album.

Roman is apparently one of those people who write down their dreams and record spontaneous ideas on their mobile phones. Maybe that’s why his music seems so sensual and unadulterated. He makes the subconscious audible and presents it to the world packaged in compact songs, which can either be good friends or great entertainers.