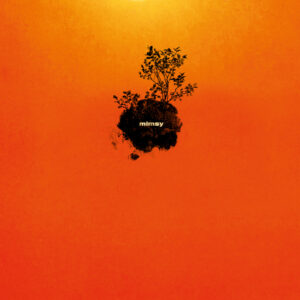 Mimsy describes himself as someone with many interests and few skills, and sure, you can put it that way. But more precisely, he is a seeker and finder who has always felt more at home in the intermediary spaces. Since his first releases on Karaoke Kalk under the names Saucer, Motel and Wunder in 1997, he has mostly been active as Wechsel Garland, working with samples beyond recognition and thus blurring the lines between his own songwriting and the musical material he uses.

In 2011, he ended the project with the album »Dreams Become Things« and is now opening a new chapter as Mimsy with »Ormeology.« The album was ten years in the making and saw the producer work with sounds, voices and text fragments that were gathered over time. The twelve pieces—based on guitar pickings, looped textural sounds, rhythm boxes and shimmering organ sounds—install themselves in the unconscious through sound, melody and subtle rhythmic shifts to send the listener’s perception on a journey into the unknown.

The name Mimsy is a nonce word coined by Lewis Carroll in his famous nonsense poem »Jabberwocky,« a combination of »miserable« and »flimsy,« while the term »Ormeology« refers to the Italian film »Le Orme« (»Footprints on the Moon«), in which the main character is haunted by memories of a fictional film of the same name. While this alone creates a rich thematic frame of references for the album, it does not at all define its themes. Instead, the references are reflected in the methods with which the pieces on »Ormeology« were designed—sound and language orbit freely around one another, images within images are being layered, following their path unconsciously. In »Sans mobile apparent,« the lyrics get to the heart of this: »die Widersprüche aushalten / die Folien übereinanderlegen« (»enduring the contradictions / laying the foils on top of each other.«) Creative frictions emerge not out of binary decision-making patterns, but from additive layering.

Mimsy followed traces forth and back through time and space, collaborating for a few tracks with set designer and musician Lydia Schmidt and letting Wolfram Wire record various lyrics based on automatic writing that were gathered by Mimsy. Furthermore, he asked the photo blogger Lilia Katherine from Brazil and the Canada-based Andrea Hernandez to translate and record his lyrics in their own respective languages. Human global coincidences resulted in collaborations which are presented as discrete and thus make the album as a whole and even more complex meditation on the interplay of the concrete and the abstract. This is best exemplified by the song »Ginster,« throughout which Schmidt and Mimsy’s voices overlap more and more until they enter a sort of call and response pattern, although they never seem to address each other directly.

»Ormeology« is an album that whirrs and flickers, seeking to mediate between the tangible world and the intangible by blurring the boundaries between words and sounds and space. It is an archipelago that is in many ways connected to what surrounds it, while at the same time opening up a space of its own.