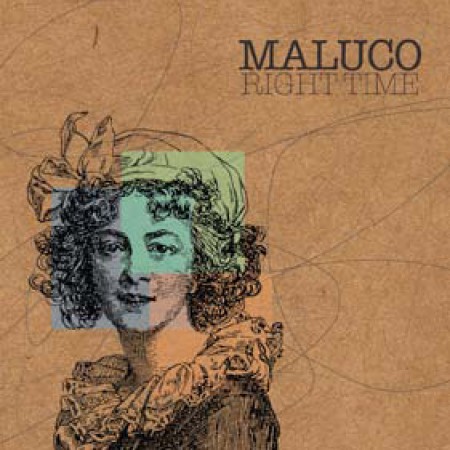 International musicians unite under a South American name in the metropolis of Berlin. Atmospheric dub soundscapes with pop appeal: Max Loderbauer, Pier Bucci and Argenis Brito are Maluco. There is no direct translation for their name. It’s slang for something like ‘crazy’, perhaps we could call them The Mad Men. Maluco are sure to delight listeners with this summer-fresh production released on Karaoke Kalk – three reputed personalities bringing together their various influences in electronic melodies.

Maluco certainly serve up a catchy audio treat. Tracks like “Dreamer” carry you away to warm summer nights on the Mediteranean and whether you are driven into instrumental intoxication (“Evandro”) or seduced by Argenis’ highly accented yet excellent vocals (“Passport”), Maluco make you feel comfortable. Flowing rhythms and melodies unite various musical periods; “River” is a cover of the Brian Eno and John Cale song, good old-fashioned Reggae is evident in “Sam” and there are Country music influences hiding within “Doped”. All in all it’s the softer sounds that take the foreground and stimulate your sensitive synapses.

Argenis Brito was born in Venezuela and is the singer of “Senor Coconut”, who perform classic pop and rock songs in Mambo and Cha Cha Cha interpretations. Brito recently made his Minimal-Techno-House ambitions clear with “Micro Mundo” released on Cadenza. One day he met the producer Pier Bucci from Chile, who scored an international hit with “Hay Consuelo”. He is also deemed to be a hot live-act; a bit rebellious and popular for his minimal mixture of Techno and House. Together they formed “Mambotur” and have released two albums: “Atina Latino” (2002) and “Al Frente” (2005), which bring Latin and electronic music together.