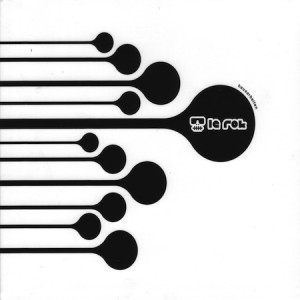 le rok is from hanover, is in his everyday life called christoph döhne, and “hausarbeiten” is his musical debut. it is not easy to put a definite name to his music, as the twelve tracks on his album are all rather different. sometimes minimal, then again pop-like, some- times even with a trace of rock;sometimes gloomy, then again cheer- ful; twice with vocals and otherwise without. there is one thing all tracks have in common though: the beat is always prominent. this quality provides the album with continuity, forms a bracket to include its diverse parts and turns it into a unified whole. with this compilation of tracks created between 1997 and today, le rok demonstrates how playful and cheerful music can sound. and this may be the reason why he has found his home on karaoke kalk, which has never been about the pursuit of one particular idea of music but about presenting music in its diversity and confusion.