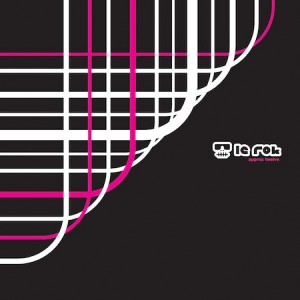 Three years ago Karaoke Kalk released the debut by Le Rok, fittingly named Hausarbeiten, indoor works – a choice collection of home recorded tracks which may have been produced in the course of six long years but put together resulted in an album with varied themes but a close stylistic connection between tracks. Le Rok and his songs need and take their time. Now, three years later, enough new tracks have coalesced to come to life as Approx Twelve.

Every single track on the new album has an individual history starting out with the idea for a song in the classical sense of the word. Going on from this solid foundation Le Rok rather casually collects than produces the elements from which the tracks are put together like mosaics. This results in a specifically relaxed setting – which not necessarily means slow or quiet – while lots of little things cling themselves tightly around the spine that is the basic song. This method only works when the necessary time is taken for those small pieces to grow together into a whole. In the end everything is one unit comprising all the elements from the initial song to the final beat.

Although the tracks take shape as a construction of digital bits and cuts, the songs never lose themselves inside the technical devices from which they derive. Inbetween all the tight textures remains a slight sense of melancholy which is not hiding itself but needs to be found. All the while the beats may stay up front but they are not consuming what is definitely there to be listened to.

Le Rok is the project of Christoph Döhne from Hanover in northern Germany. And maybe this not exactly urban setting is the reason for a specially relaxed way of looking upon things and time and thus keeping a specific sense of otherness.