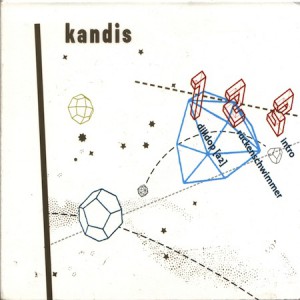 jens massel is kandis. but he also gave birth to two other projects: senking and fumble. all three together are quite different but somehow live in the same neighbourhood.
jens massel is a sound exploring path-finder. he is a willful guy, with an own definition of groove, a kind of stoical groove. anyway always suprising, anyway astonishingly playful.

and jens massel is the man behind nearly half of all karaoke kalk releases.
no wonder that his music, his style, his skills set the tone of the company.
kandis is his most popular project. kandis 1996-1999 is a survey of tracks and songs which were so far only available on vinyl. shortly before the arrival of his new regular album we knew the time is now to release this cd compilation.
take a view back and dip in the world of kandis. discover a different world of music. discover a different kind of pop. discover the vision of jens massel.