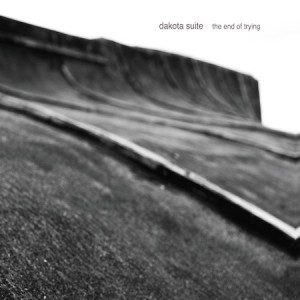 
The End Of Trying

Liverpool is the home town of Chris Hooson, Singer/Songwriter for Dakota Suite. The band is an extremely personal guitar project that deals with tragedies in Chris’s life and the constant up and down in the success of his favourite team FC Everton. One things for certain, we’re not talking about happy music here. The track titles on the album “Alone With Everybody” (1996), “The Way I‘m Sick” (2002) or “Waiting For The Dawn To Crawl Through And Take Away Your Life” (2007) already point out some of this sensitive man’s feelings. The fool for football sticks to the motto of his club „Nil satis nisi optimum“, which means something like „Only the best is good enough“. He sometimes speaks about an event in his life that helped him to bring his soul out into the daylight a bit more and, above all, to be able to write about it. Then there was the time when several people around him died resulting in the fact that some of his songs are more intended for funerals.

Deeply sad melodies and melancholy pain are also the main emotions on the new record “The End Of Trying”, which is coming out in winter on Karaoke Kalk. But we’re not talking about sadness in the form of self-pity. For sure the englishman who live in Leeds, succeeds time and time again to send unstable people plummeting into the abyss. But they never really lose it completely and stay hanging on happily with all their strength to the little masterpieces.

With “The End Of Trying” Hooson focuses on understated sounds like the flowing piano chords and a flexible cello arrangement. The songs tell purely instrumentally of worry and pain. While writing the individual piano pieces Chris felt very lost and saw his life flash before his eyes. Without singing, without guitar and without the otherwise touching voice of the Everton supporters, each track contains its own unique feeling. David Buxton, Colin Dunkley and Chris take turns on the piano. The Liverpudlian Hooson grew up in the Netherlands which becomes clear when one looks closely at the title of song Nr. 11 (“Een Langzaam Lekkende Wond”).

David Darling wonderfully accentuates Hooson’s harmonic sadness with his stylish string instrument. Chris was already crazy about the American cellist as a teenager and bought his first David Darling record at the age of fourteen. Darling usually feels at home in the areas of Jazz and classical. But improvised music is also a large part of his work, which had a big effect on the record “The End Of Trying”. He started playing cello in 1951 at the age of ten and went on to study the instrument classically at Indiana University. After having been employed by several orchestras he started to concentrate more on his own compositions in the 80s. He made soundtracks for Wim Wenders (“Until The End Of The World” and “In weiter ferne, so nah”) and has also worked together with Peter, Paul and Mary, Bobby McFerrin and Pierre Favre. In 2002 Darling was nominated for a Grammy Award for his album “Cello Blue”. And further releases appeared on ECM Records, a very unconventional Label from Munich, which since 1969 has signed some of the most outstanding artists in the field of Jazz and improvised music.

Together Dakota Suite and the guest cellist Darling form a striking ensemble which by no means only have depressing moments – their music is very soothing too. The recordings were made in various houses in Leeds and at Darling’s home in Goshen Connecticut. Chris realized a life long dream recording the album with his all time favorite cellist. He doesn’t usually find life so great. He only gets the strength to survive from collaborations like this, a healthy portion of cynicism which he otherwise channels into his lyrics and above all, through his peaceful and sentimental sound experiences. Despite wild mood swings Dakota Suite are touring through Europe at the end of october to present their wordless, but none the less meaningful “The End Of Trying”, to live audiences.